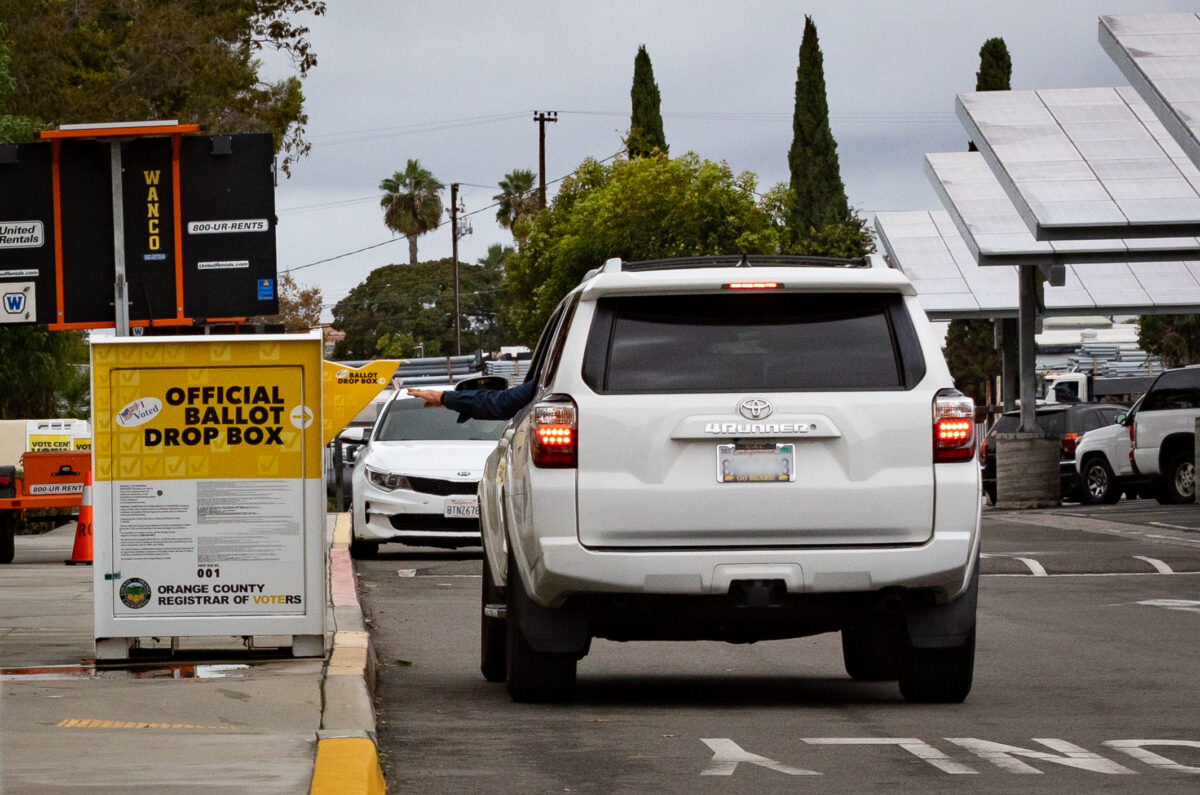 Since the elections on November 8th took place a week ago, we already have to accept that some final results will not be known until December 16th, five weeks later. Tallying the proceeds up and down the state’s counties, and those of us with housebroken political sensibilities are likely to be impressed by the conscientious performance of our polling professionals.

What happened to the California election process is a farce. For more than 30 years, political power has steadily drifted towards what is now a one-party state. Democrats control all senior state positions, from the governor to the state superintendent of public education, and none of that will change. In the state legislature, Democrats control what is known as a megamajority in both the Assembly and Senate. In contrast to a supermajority, where two-thirds of the seats in a chamber are occupied by members of a single party, a megamajority means that three-quarters of the seats are controlled by one party. That too will not change once the final results are announced.

The reason for this party dominance can be misleading, however, because it is not so much a party as a political machine controlled by government unions that wields power in Sacramento.

In particular, the growth of the Service Employees International Union (SEIU) along with the teachers’ unions has created the two main sources of California’s political destruction, funded by our own taxpayer dollars to work against us. We voted “education” and authorized the teachers’ union to destroy curriculum to indoctrinate a generation of young Californians to reject their nation, reject hard work, distrust one another because of the color of their skin, and develop narcissistic self-esteem rather than marketable skills. We voted for humane social services and instead got voracious, inefficient SEIU jobs.

These unions move in unison – threaten one and the whole machine moves against anyone who dares to take them on.

Giving away California to government unions was the first phase in the destruction of California’s democracy. Phase two was already underway as we entered a new decade in 2020, but the COVID pandemic made full implementation possible in just a few months. Winning what would otherwise be competitive elections has become a formulaic contest in which only one political machine has the money and manpower to enter: the government unions. The “reforms” they enacted rest on four fundamental changes: universal mail-in ballots, early voting, same-day voter registration, and ballot harvesting.

When early election trends show the union-backed Democrat facing an opponent whose voters are stronger than expected, they immediately invest more money in the ballot harvest in the weeks leading up to Election Day. Ballot collectors know which household members have registered with which party via apps on their phones that are tied into proprietary databases. By voting early, they know how many votes they need, and by collecting ballots they can control how many votes they get. It’s all legal.

In cases where an election remains close in the final days before the election, same-day registration is the next weapon deployed by the machine. Although in the election just concluded the last day to register as a traditional voter was October 24, paid and volunteer staff were able to allow people with same-day registration as a “conditional voter” up to and through Election Day, November 24th, support 8. They know exactly who to register. For example, the teachers’ union has ensured that the vast majority of young voters are thoroughly trained to vote for Democrats and despise Republicans. The machine has a profile for every voter in the state. It knows where every person under 30 lives, and if they aren’t registered, it sends staff to get them registration and a provisional ballot that same day, which they can then collect. And it’s all legal.

That is the reality of today’s California elections. When someone questions the ethics of ballot collection, or the accuracy of the registered voter database from which ballots are mailed to everyone, or the unfairness of the taxpayer-funded government unions that recruit candidates, pay for their campaigns, and use their massive political machinery to scientifically After their victory they are stigmatized as “election deniers”.

Expect to be very surprised when one of California’s tight races, from the US Congress to the local school board, ends up going to a Republican. The system is a joke. To have a fair election, Californians need to go back to tried and true methods. If you want to vote, you have to register at least six weeks before the election. On election day, you go to a polling station, show your ID, and receive a ballot paper. You mark the ballot manually to ensure that the marks actually reflect what you voted for or against. Then all of these ballots are tabulated at the county and county level, reported at the end of the night and stored for future audits. This is a corruption-proof voting procedure.

Instead, we wait weeks to get results that used to take hours. In doing so, against all odds, we hope that the ideas our favorite candidates fought for attracted enough voters to beat the machine.

The views expressed in this article are the author’s and do not necessarily reflect the views of The Epoch Times.

Edward Ring is Associate Editor and Senior Fellow of the California Policy Center, which he co-founded in 2013 and was the first President of. He is also a Senior Fellow at the Center for American Greatness. Ring is the author of two books: Fixing California: Abundance, Pragmatism, Optimism (2021) and The Abundance Choice: Our Fight for More Water in California (2022).