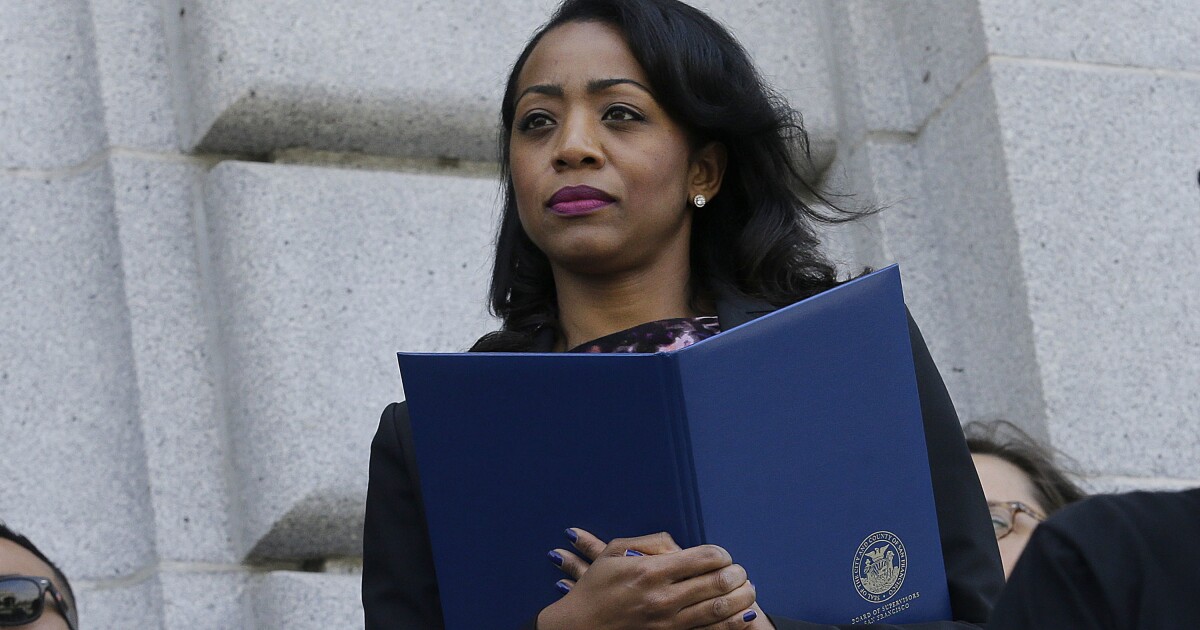 Democrat Malia Cohen has won the race for California controller, beating out a Republican who gave his party the best shot in years to end its losing streak in the statewide election.

Cohen becomes the state’s first black controller, a role that includes disbursing state funds, auditing government agencies, and serving on more than 70 boards and commissions. She says her previous role as chair of the budget and finance committee of the San Francisco Board of Supervisors uniquely qualifies her for the job.

“As your controller, I will ensure that our taxpayers’ money addresses the homelessness crisis, protects our environment, and provides access to health care and reproductive freedom. Let’s build a California where everyone thrives,” Cohen said in a statement. “We have work ahead of us and I’m looking forward to getting started.”

Cohen declared victory on election night, but The Associated Press didn’t call the race until the following Tuesday. Cohen led with 55% of the vote after more than 8 million ballots were tallied.

Cohen hopes to make it easier for people to report fraud after California paid more than $20 billion in fraudulent unemployment benefits to criminals during the pandemic. She wants to use her auditing powers to identify problems within agencies and push for solutions to prevent them from reoccurring.

While Cohen had the Democratic-dominated electorate in California on his side, Chen’s campaign was competitive. Chen, who never held elected office, drew widespread attention, support and money from members of his party both inside and outside the state. He raised $3.3 million in campaign funds for the year through the October deadline, doubling what Cohen had raised during that period. Chen even brought in more money than Brian Dahle, the Republican gubernatorial candidate.

Chen, a former political adviser to Mitt Romney’s presidential campaign, won the June primary but was contested by four Democrats who collectively garnered more votes. He marketed himself as someone who would be an independent custodian of government finances.

Chen said in a statement Tuesday that it had become clear he would not win the race, adding that he had reached out to Cohen to congratulate her.

“Although our campaign was unsuccessful, I am filled with gratitude for my wife, children and family whose unwavering support made my candidacy possible,” he said.

Cohen, who serves in a state tax agency, will follow a path similar to Democrat Betty Yee, who served on the Board of Equalization before taking on her role as controller. The board administers tax programs in the state.

Ahead of Election Day, the campaign questioned Chen Cohen’s financial history after the Los Angeles Times reported that a condo she bought in 2006 was foreclosed and a business license suspended for tax reasons. Cohen called the attacks on the condo foreclosures exploitative and said the business license suspension was due to a change of address.

Chen, a policy fellow now on furlough from the Hoover Institution, a conservative think tank, waited until after the primary campaign to admit he hadn’t voted for former President Donald Trump in 2016 or 2020. The Cohen campaign tried to tie him to Republicans pushing for anti-abortion legislation, though he says he supports access to abortion and the Controller is not responsible for driving abortion policy either way.