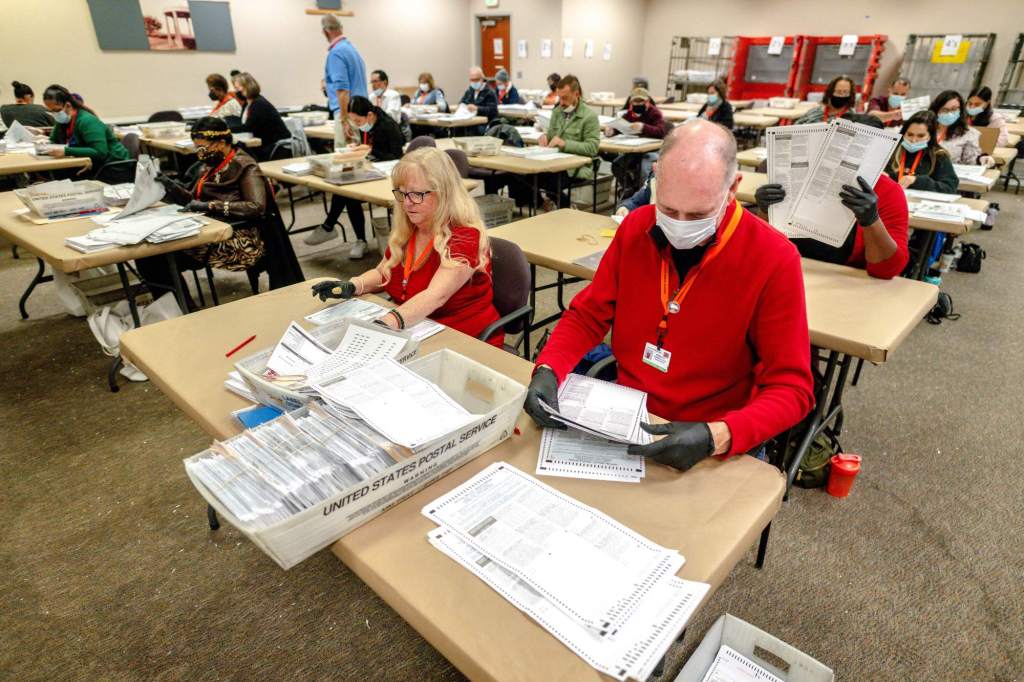 California’s election is less certain than a game show.

I used to work on game shows and they had a lot of security – not just the typical gates and guards, but elaborate procedures to prevent cheating. No cheating by participants. Fraud by the producers.

In the early days of television, there was a quiz show scandal. To boost ratings, the producers made sure a popular contestant would have no trouble answering the big money questions. Then they got caught.

The country was so outraged that congressional hearings were held about it.

As a result, game show producers were still being overseen decades later by “Standards and Practices” executives at major television networks, whose job it was to ensure that the television networks that aired the shows never had to deal with these scandals again.

To prevent possible tampering with our question-and-answer game show, staff working with contestants were not allowed to be near the game footage, and writers and production staff were not allowed to go near the contestants. In a day that we taped five shows, we needed to have seven shows’ worth of game material and contestants, so “Standards and Practices” could randomly select five sets from each.

One day, while recording, someone spotted a mistake in the question that appeared in the show’s big bonus round. The director stopped the recording during a commercial break to allow a new question to be substituted.

One would have thought an air raid had begun in front of the studio.

Suddenly chaos reigned, people ran into the control booth in panic, shouted that production had stopped and wanted to know why the question was being changed.

They thought we were rigging, like the 1950s quiz shows.

We have not manipulated. But if we manipulated ourselves, it would look exactly like this. There was a suspicious pause, a substitute question, and then a big win.

In our elections, the security procedures that have been enshrined in law over the years to prevent various methods of manipulation have been removed, all in the name of voter empowerment. From automatic voter registration to later voting deadlines, vulnerabilities to error and fraud have opened up like an abyss.

Consider the combined effect of three changes to California electoral law: the legalization of ballot collection (signed by Gov. Jerry Brown after both Gray Davis and Arnold Schwarzenegger vetoed it), the decision to mail a ballot to every active registered voter without a request (an emergency measure in 2020 during the pandemic that became permanent) and the use of unattended mailboxes for ballot collection.

Here’s what the Standards and Practices department wants to know: What is the safeguard to prevent people from collecting unwanted or undelivered ballots, marking them in a back room somewhere, and dropping off stacks or bags of them on Election Day or even later?

There is no protection. In California, a ballot is accepted seven days after the election and doesn’t even require a postmark. State regulations require county officials to accept ballots, even if the only date on the envelope was written by the voter.

There is supposed to be a signature game, but regulations now make it much more difficult and time-consuming to disqualify a ballot for that reason.

With the new rules and procedures, it is virtually impossible to prevent or detect manipulation of an election. Even if someone were to confess to this, once the ballots come out of the envelopes, it’s impossible to know which ballots come from which envelopes, so the vote count cannot be corrected.

Fraud in elections must be prevented with procedures that make it significantly more difficult. We did the opposite. We created a system that mails unwanted ballots, requires additional handling of voters’ ballots with ballot harvesting, and additional time to process all the paper. We have opened countless security holes for unnoticed manipulations.

We should fix that. There’s a lot more at stake in a choice than a luggage set and a ceramic Dalmatian.