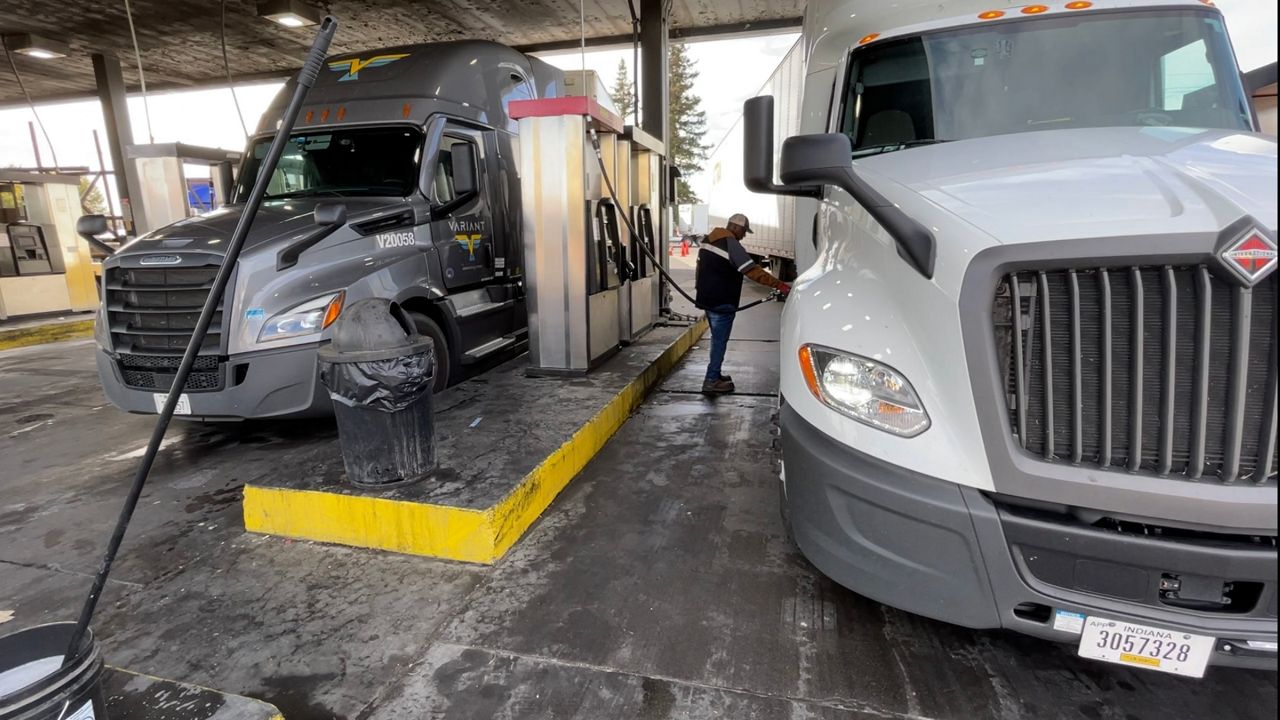 SACRAMENTO, Calif. — Since 1991, Anthony Bridgeforth has traveled miles on large oil rigs transporting goods across the state. His fascination with trucks began at a young age.

“You know, the smell of the diesel used to kind of turn me on when it came to big vehicles,” Bridgeforth said.

He may soon lose that smell he knows so well as the California Air Resources Board considers and works through a proposal that would ban the sale of new medium- and heavy-duty internal combustion trucks by 2040.

The new rules would also force large trucking companies to convert their fleets to zero-emission trucks by 2042.

Currently there are very few options for heavy electric trucks. Volvo is the current leader, having started production of its 150-mile range electric truck last year. An area of ​​great concern to companies and drivers like Bridgeforth, who said he typically averages around 200 to 400 miles per trip, where it all means getting to your destination on time.

“One hundred and fifty miles, huh? And then they have to charge? I’ll stick with the diesel. Because it’s about time,” Bridgeforth said.

The new laws would affect around 1.8 million trucks in the state.

By the end of September, Volvo had sold 2,600 trucks worldwide. Volvo has announced a newer model that they claim will have a range of 275 miles and has already shipped several newer models to companies in the state.

Charging infrastructure and the high cost of electric trucks are other concerns Bridgeforth and trucking companies have raised with the Air Resources Board.

In addition to long charging times and the availability of charging stations, companies in California said deliveries to mountainous areas also use more electricity than flat roads, further reducing the range of current electric trucks.

The cost of an electric truck is currently around $500,000 per truck, according to truck companies. Even with rebates that bring prices down to $200,000 to $300,000, it’s still twice as expensive for new diesel trucks .

But for Casey Fallon, who has worked for Sacramento-based utility SMUD for 10 years and is its fleet manager, he doesn’t have the luxury of waiting until 2042 to electrify the company’s fleet.

The new laws would force government agencies, along with large medium-duty truck companies like FedEx, UPS and Amazon, to electrify their fleets by 2024 or 2025. Just like the big trucks, Fallon worries about purchasing options to comply with the law.

“If we could eliminate all of the supply chain issues we’ve experienced with COVID over the past two years, it would be a different story. I would be more confident,” Fallon said.

SMUD already has a large fleet of electric work vehicles and earlier this year announced a partnership with truck manufacturer Zeus to test their viability.

“I look forward to it. This is brand new technology. They’re really building these as a start-up, as an electric chassis. I’m excited about the applications we’ve developed,” he said.

Bridgeforth said he too is looking forward to the future.

“Very optimistic, because today you know that you have to have your finger on the pulse of the times. They know what works,” Bridgeforth said.

And while he said he feels the little boy in him will miss the smell of diesel, he’s ready for a change.

As long as the trucks are up to the task and the infrastructure is in place to get Bridgeforth from A to B.