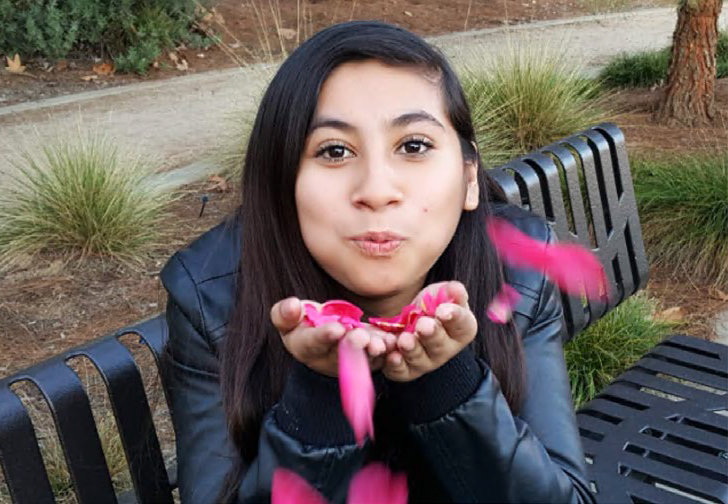 The Yucaipa-Calimesa Joint Unified School District has agreed to a $15.75 million settlement in a lawsuit filed by the mother of a middle school student who died of an asthma attack.

Adilene Carrasco was a 13-year-old student at Mesa View Middle School in Calimesa. She had a history of asthma attacks, as noted on the home screen of her student profile on Aeries’ online student database, according to the lawsuit against the district. The lawsuit alleged that the district failed to follow its own policies and protocols, which led to Adilene’s death.

“It wasn’t about the money,” Adilene’s mother, Edith Sepulveda, said on Wednesday, November 16. “It’s about not letting that happen to any other family, so no other family has to go through what we’re going through. You need to be able to get your kids to school knowing they will come back to you.”

Neither the district nor its attorney responded to repeated requests for comment as of early Thursday evening.

According to Sepulveda’s legal team, the settlement could be the largest asthma-related death in the state’s history. The mother is represented by the Los Angeles-based law firm of Panish, Shea, Boyle and Ravipudi and the Pasadena-based Claypool Law Firm.

In addition to the financial settlement, the district pledged to change its policies and procedures to improve care for students with asthma and other identified medical conditions.

“All along we wanted to make sure that any resolution of any kind included changes to the school district’s policies, and we didn’t want to rest until that was achieved,” attorney Robert Glassman said Wednesday.

On Oct. 31, 2019, Adilene’s science class made its way to the school’s field to enter a “pumpkin seed” contest, according to the lawsuit. Adilene was having trouble breathing as she reached the field. Her science teacher told her she could go back into the classroom with a classmate and get her inhaler.

The two girls walked the 366 meters back to the classroom to get the inhaler, according to the suit. When the inhaler didn’t help, the girls went back to the field and asked if Adilene could go to the nurse’s office.

Although Adilene was unable to stand up straight and her suit sounded shaky and wheezy, the teacher sent the girls up the hill to the nurse’s office. Adilene’s classmate panicked as Adilene’s condition worsened.

“She was — well, at a certain point, she couldn’t stand on her own and had to be supported,” the lawsuit quotes the classmate as saying. “She was breathing very heavily, almost gasping for air, and her voice wasn’t clear, if you can describe it that way. It wasn’t clear enough to make out what she was saying.”

A campus monitor eventually spotted the girls and picked them up in their golf cart. At this point Adilene had no more air to be able to speak. When the paramedics arrived, Adilene’s heart had stopped.

According to the lawsuit, county protocols state that students with “excessive injuries or unusual problems (broken bones, head injury, breathing problems)” should be accompanied by an adult to the school nurse.

“DO NOT send students with a ‘buddy’ student,” reads part of the transcript cited in the lawsuit.

Three years after her death, Adilene’s absence is still strongly felt by her family.

“We talk about her all the time. All we have of her now are memories,” said Sepulveda. “Her sister graduated from high school and she had to go through high school without being there. … They had all these things planned that they were going to do together, and she wasn’t there.”

Adilene’s organs were donated. According to her mother, Adilene’s cornea gave two people sight, her heart was given to a young child, and her liver was given to a girl who went on to college.

The agreement was reached less than a month before the scheduled start of the trial.

In addition to the settlement payment, the school district has agreed to amend its policies and procedures, including:

“We believe this will do a lot of good for the students and their families in the district,” Glassman said. “And we’re not done yet.”

Sepulveda and her attorneys are now working with Rosilicie Ochoa Bogh State Senator, R-Yucaipa, on a bill on the safety and treatment of asthma in California schools. The bill will be named after Adilene, Glassman said.

Asthma is the most common chronic disease in children, according to the World Health Organization, causing the deaths of about 455,000 people in 2019. About 16% of black children and 7% of white children have asthma, according to the Centers for Disease Control and Prevention, and one in six children with asthma visits the emergency room each year, while about one in 20 is hospitalized for it.

Adilene died about two years after another family of a Mesa View Middle School student filed a lawsuit against Yucaipa-Calimesa District. In 2017, Rosalie Avila, 13, killed herself after being bullied by classmates. The district said because the bullying was happening online there was nothing they could do to stop it.