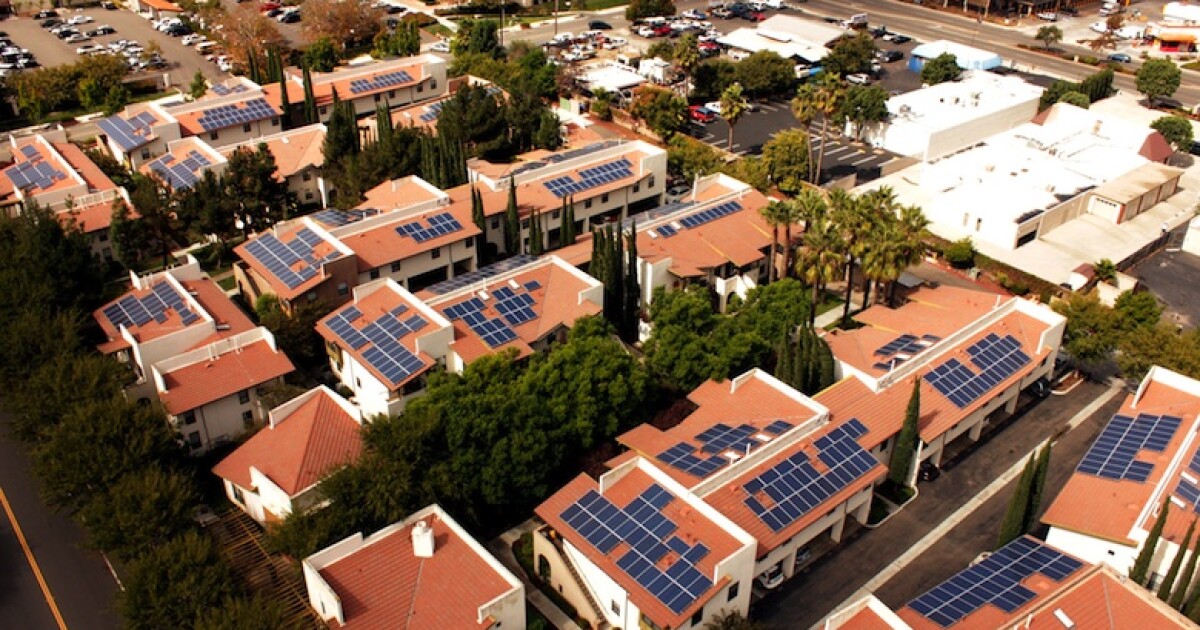 Belinda Martinez, who lives in San Diego County, is feeling pretty comfortable about her family’s solar energy investment about five years ago.

Martinez has lived in a Spanish Colonial home on an oversized lot in a more established Oceanside neighborhood for about 20 years.

“We fell in love with the neighborhood,” Martinez said. “Our neighbors, just cute neighbors.”

A little over five years ago, the family installed 13 solar panels.

And Martinez said uncertainty about the future of California’s solar market has eased a bit since the California Public Utilities Commission (CPUC) unveiled its plan to overhaul the state’s solar regulations.

Regulators are at the end of a nearly two-year review of California’s Net Energy Metering (NEM) program, the rules that govern a solar owner’s relationship with their utility.

The Martinez family rented an electric car at the time and were looking for ways to reduce their monthly energy budget.

So the solar panels were placed on the flat roof of their family home.

These panels are mostly obscured by the road, but the impact is clearly visible on Martinez’s electric bill.

“We’ve only seen loans at our utility company, so basically we don’t have a utility bill,” Martinez said.

They receive this recognition because of the country’s NEM rules.

In the first iteration of the program, utilities had to pay homeowners the retail price for electricity generated by rooftop solar power.

Under NEM 2.0, solar owners had to subscribe to usage schedules where electricity costs rise and fall during peak periods when there is a lot of electricity being fed into the grid.

And utilities also paid pennies less for a kilowatt-hour of electricity they bought from solar owners to help the utilities defray the cost of maintaining the grid.

“We provide them with energy, they pay a certain fee for that energy levy,” Martinez said. “We obviously pay for the energy at peak times (when the sun is dark) and it still allows us to have credit.”

But changes proposed last December would have turned that system on its head.

A utility-backed plan for NEM 3.0 would have reduced the value of rooftop electricity generation by 80%.

The proposal included high mandatory grid access fees that would be close to $60 per month, depending on the size of a homeowner’s solar array.

The public outcry was immediate and sustained.

After several weeks of heated disagreements, regulators shelved that plan.

The move was welcomed by solar advocates, but they weren’t convinced a good outcome was coming.

“We knew that the fact that the CPUC was on pause didn’t mean they were convinced they were wrong,” said Dave Rosenfeld of the Solar Rights Alliance. “And the governor has said that changes need to be made, but he hasn’t said what those changes should be. Well, that’s a pretty wide spread.”

Solar advocates spent the year shedding light on the threat posed by the December proposal.

Protesters rallied at utility companies across the state, including at the San Diego-based Sempra headquarters in July, where a protester attempted to deliver a petition to Caroline Winn, CEO of San Diego Gas & Electric.

“Please change the course of your attack campaign on solar roofs,” the man pleaded as he attempted to deliver a petition. The door never opened and he was turned away.

Rallies were held across the state.

A protest in Sacramento in October called on Gov. Gavin Newsom to protect the 67,000 solar industry jobs.

Supporters lobbied the governor and lawmakers, and for months flooded CPUC meetings with public comments in support of the solar industry.

“It’s very rare for the general public to interact with the CPUC,” Rosenfeld said. “And for most of the time this campaign has been running, we’ve also been in a COVID-like environment where the CPUC hasn’t even met in person. Therefore, until spring, there was not even an in-person meeting where the CPUC would be able to look the public in the eye and hear from members of the public.”

Economic efficiency is at the heart of the solar theme.

Advocates want to ensure homeowners get the financial benefits of installing solar panels.

“If you put $25,000 into a solar system, how many years does it take for that upfront investment to recoup in savings on utility bills,” said Bernadette Del Chiaro of the California Solar and Storage Association.

Remove the financial stimulus, proponents say, and solar installations grind to a halt, making it harder for the state to meet its aggressive climate goals calling for renewable clean energy.

But the state’s private utilities say solar owners aren’t paying their fair share of grid costs because they’re not buying electricity from the utility.

San Diego Gas & Electric said at a recent city council meeting that rooftop solar panels are reducing the amount of electricity they can sell.

“We want CPUC to reform the Net Energy Metering program to ensure everyone pays their fair share,” said Kathy Fairbanks of utility-funded group Affordable Energy For All.

Neither side seemed to like the new proposed rules unveiled by regulators last week.

Pesky grid connection fees are gone, but the value of electricity generated by rooftop solar power is drastically reduced. Pro-solar groups argue that this hurts the state’s largest solar market by reducing the incentive to install solar panels.

The decision falls on the shoulders of the five-strong CPUC.

They will be hearing from interested parties this week and plan to vote on a proposal to reform the NEM rules by the middle of next month.