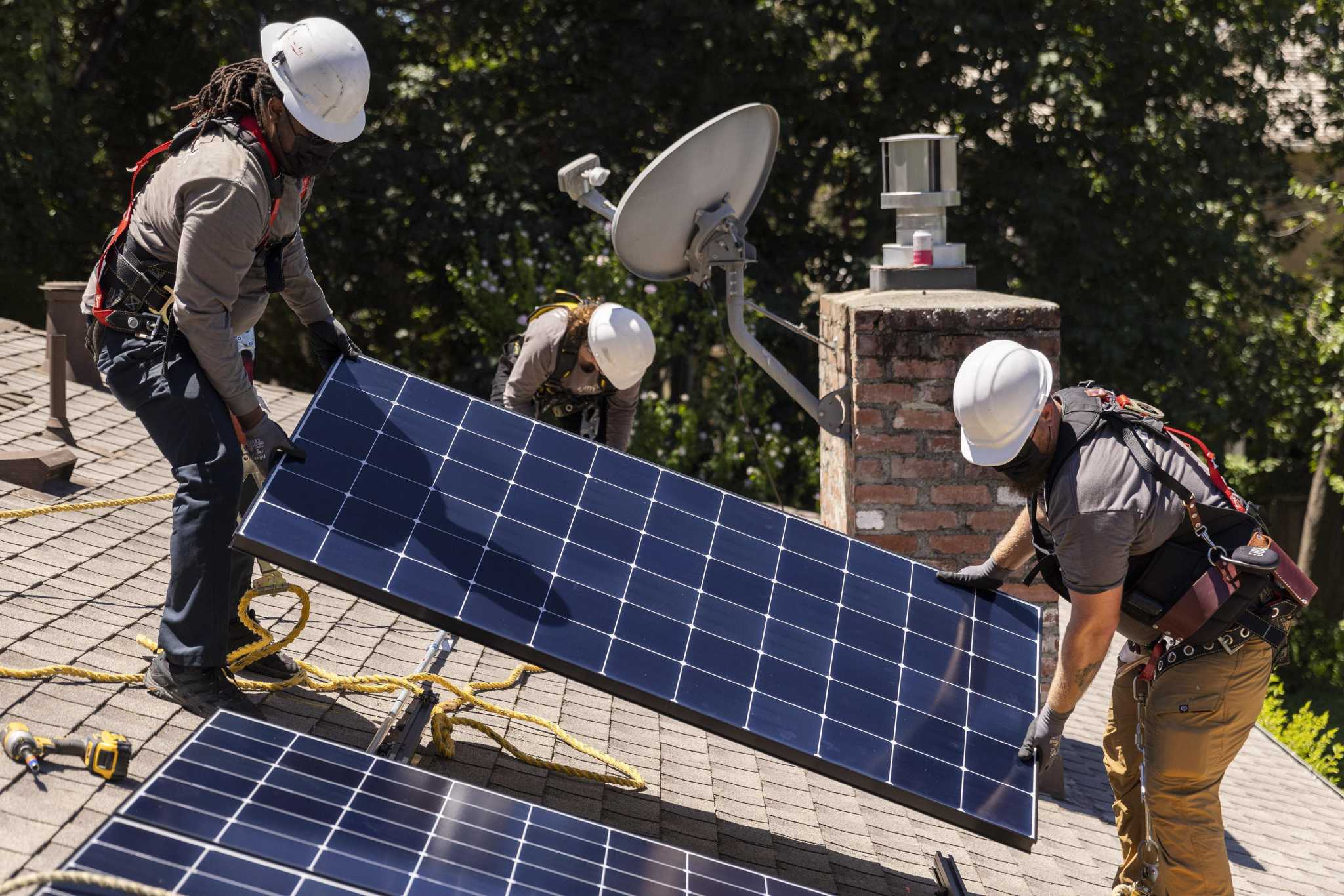 Despite the hurricanes that recently devastated communities from San Juan, Puerto Rico to Tampa, Florida, homeowners with solar panels and batteries largely reported no disruptions to their power supply. In southern San Jose, residents have suffered 10 power outages in the past two months.

As California residents and businesses may lead the nation toward a clean energy future, our state regulations are increasing reliance on the same aging and unreliable electrical grid to deliver that energy.

Californians have watched their electric bills increase at an accelerating rate over the past few decades, even as the cost of generating renewable energy has fallen by 70% over the past decade.

Why? The cost of distributing this electricity has skyrocketed. The pain will only worsen in the coming years as large capital investments in transmission infrastructure, including fighting wildfires and maintaining security, are placed on the backs of tariff payers.

Unfortunately, California’s monopoly utilities and their powerful friends stand in the way.

The California Public Utilities Commission just proposed a Net Energy Metering policy that will make it much more expensive for homeowners to install solar rooftops and store their electricity at home. Although an improvement over a previous proposal that imposed new taxes on solar owners, the latest proposal will delay the average payback period for homeowners’ investments in rooftop solar systems from six to nine years. This will result in fewer new solar installations on California rooftops – in part because homeowners will earn less by feeding their excess electricity back into the grid.

The proposed rules will allow investor-owned utilities like Pacific Gas & Electric Co. to sell electricity for about four times what a homeowner can sell for the same electricity.

Why are the big utilities trying to stop Californians from going solar? Money.

For example, PG&E announced a seemingly noble goal of burying 10,000 miles of distribution and transmission lines, but it will cost tariff payers $40 billion and entitle the utility’s investors to an additional $50 billion in guaranteed profits thereafter. Operation and maintenance will extract another tens of billions. The Public Utilities Commission concedes that “every dollar (invested in transmission equipment) costs taxpayers more than $3.50 over the life of a transmission equipment.”

That explains why taxpayer advocates like The Utility Reform Network have criticized PG&E’s underground plan. And if you’re hoping that going PG&E underground will save us from the next wildfire season, think again: PG&E will only be 175 miles underground this year — none of which will involve high-risk transmission lines. At this rate, PG&E will complete its underground project in about six decades, if there are still forests to save.

Utilities justify paying homeowners 25 cents on the dollar for their electricity by claiming — with the backing of regulators — that current regulations are shifting transmission and distribution costs to lower-income tariff payers who can’t afford solar panels. However, a strategy to expand solar access can drastically reduce costs for all consumers, especially as local energy storage reduces our dependence on transmission infrastructure. In addition, many other mechanisms can ensure the fairness of utilities—such as the 30 percent rebate that low-income households can get on their utilities through the government’s CARE program.

The benefits of solar panels and storage have also become much more accessible to low-income renters, particularly with the help of state rebates and recent federal multifamily housing legislation. If costly transmission upgrades are a necessary public good, then the state should issue bonds and publicly own those assets, rather than allowing utility investors to enrich themselves while creating financial barriers to the adoption of rooftop solar for the rest of us.

The Public Utilities Commission could vote on the proposed decision as early as December 15. In the meantime, let Governor Gavin Newsom and the Commission know that electricity regulation should favor consumers, not criminalized utilities and their shareholders. Local solar power generation and battery-powered microgrids provide a cheaper and more resilient source of energy for most buildings and are a critical element of the clean energy transition that California has long embraced. As leaders gather at this week’s COP27 climate conference to chart a more sustainable path for our planet, let’s not neglect California’s progress and leadership on climate change.

Sam Liccardo is the Mayor of San Jose. Barry Cinnamon is CEO of Cinnamon Energy Systems. Craig Lewis is the executive director of the Clean Coalition.