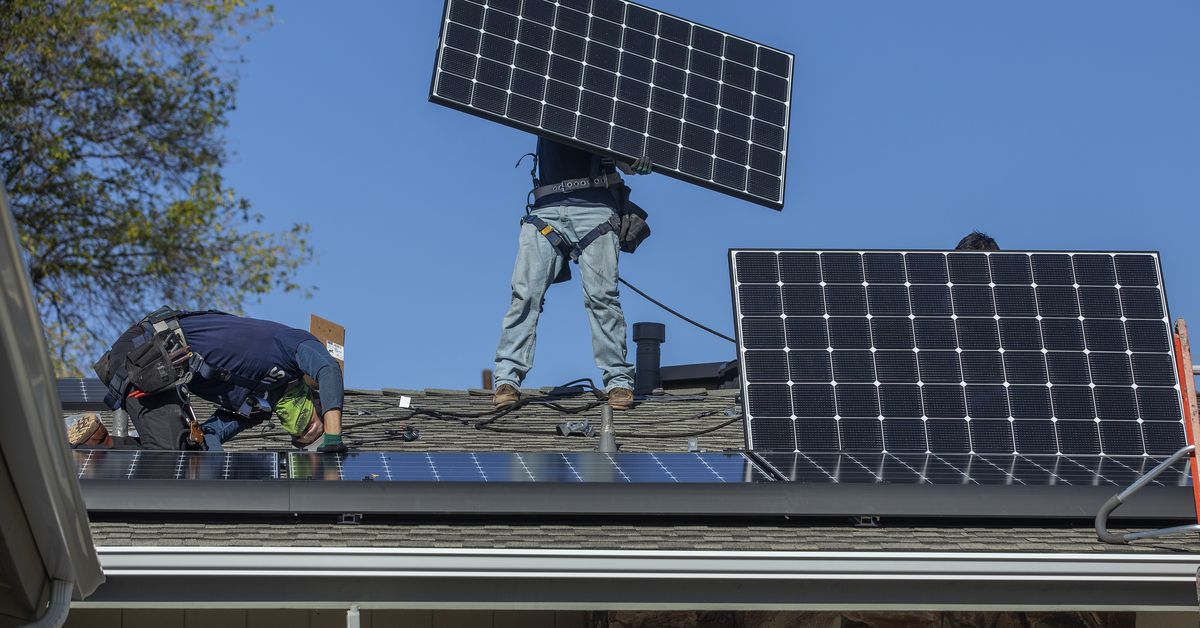 Wanting to cut solar incentives for customers of investor-owned utility companies, the CPUC in December proposed charging a monthly fee of $8 per kilowatt to connect new solar customers to the grid. As my colleague Justine Calma pointed out, some industry groups opposed the plan, saying it would “end California’s solar boom,” making it the state with more solar rooftops than anywhere else in the US.

The CPUC responded by removing the monthly network fee from its proposal.

At the same time, the CPUC also plans to reduce energy returns to the grid, known as Net Energy Metering. This could reduce payouts from $0.30 per kilowatt to a meager $0.08 and reduce the possibility of recouping installation costs in less than 10 years, according to analysis by Clean Energy Business Group California Solar & Storage Association (CALSSA).

Reuters notes that the new proposal included an additional $900 million to support battery and solar systems, mostly for low-income customers, and that the CPUC has previously said it wants to encourage battery storage over the sale of surplus electricity.

Home solar providers like Sunrun, which can install both solar panel systems and battery systems like Tesla Powerwalls, could benefit from the new proposal by working to bring more energy storage systems to market. “Customers will not be unduly penalized for generating and storing local clean energy (in batteries) to both power their lives in modern ways and help fight climate change, which is an important step in the right direction ‘ Sunrun CEO Mary Powell said in a statement Reuters.

“If the CPUC proposal were accepted as is, it would protect utility monopolies and increase their profits while making solar energy less affordable and delaying the goal of 100 percent clean energy,” said Bernadette Del Chiaro, CEO of CALSSA, in a statement. “We call on Governor Newsom and the CPUC to make further adjustments to give more middle- and working-class consumers, schools and farms access to affordable, reliable and clean energy.”

The vote on the proposal is scheduled for December 15, with April 15, 2023 as the implementation date if passed.