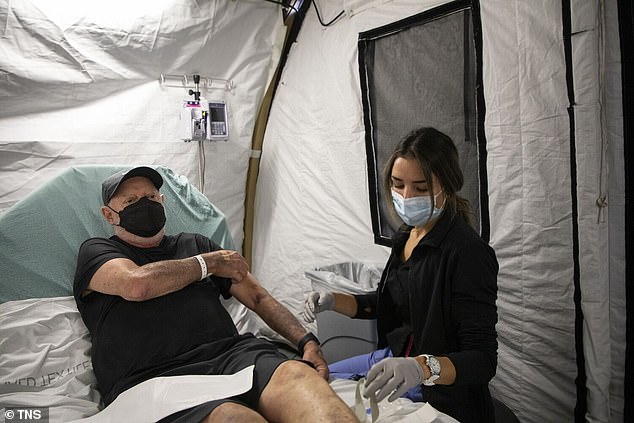 Several Southern California hospitals have begun deploying overflow tents outside of emergency rooms to deal with increasing numbers of patients with the flu and other respiratory illnesses.

The move comes amid a spike in flu symptoms among emergency room patients in San Diego County. The dominant H3N2 strain appears to lead to more severe disease than usual.

About nine percent of those patients had flu symptoms last week, up from 7 percent two weeks ago, according to a district report, which also showed an increase in patients with COVID-19 symptoms, although not as rapidly.

Scripps hospitals and doctors’ offices have reported 1,695 positive flu tests since Sept. 1, up 259 percent from 471 in the same period last year. 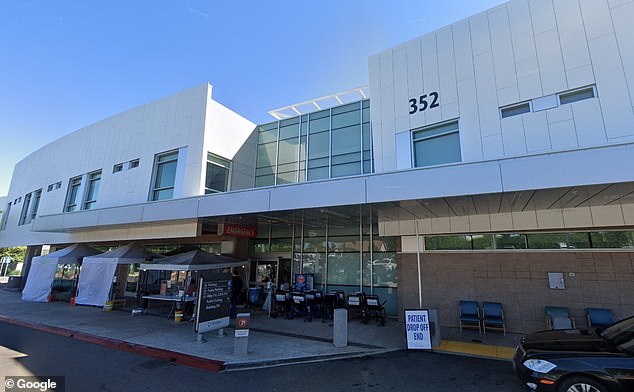 Scripps Memorial Hospital in Encitas. Scripps hospitals and doctors’ offices have reported 1,695 positive flu tests since Sept. 1, up from 471 in the same period a year ago 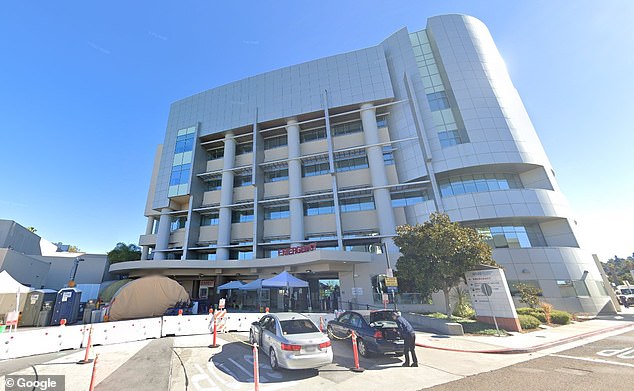 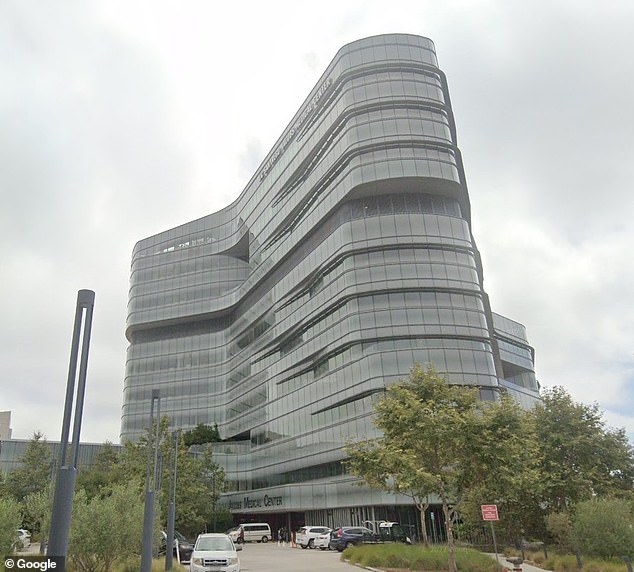 Health experts said it wasn’t immediately clear whether flu cases would peak earlier than usual in California, where most cases typically occur between December and February, or during an extended flu season.

Influenza cases also emerged early this year in the Southern Hemisphere, leaving experts wondering if they will last through February or just break out earlier, the San Diego Union-Tribune reported.

“The fear is that everything just kind of bounces off of everything else and if you get over the flu you could still get hit by COVID or whatever virus you’re going to get,” said Dr. Ghazala Sharieff, Scripps Health Chief Medical Officer for Acute Care and Clinical Excellence.

The Biden administration will extend COVID-19’s status as a public health emergency last January and possibly into the spring, according to a new report Friday, despite the president’s earlier declaration that the pandemic is over.

“I’m hopeful, but we’re still planning for it to stay that way through February,” Sharieff said. 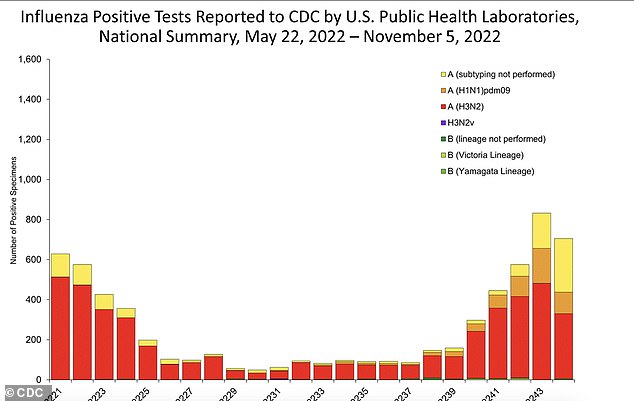 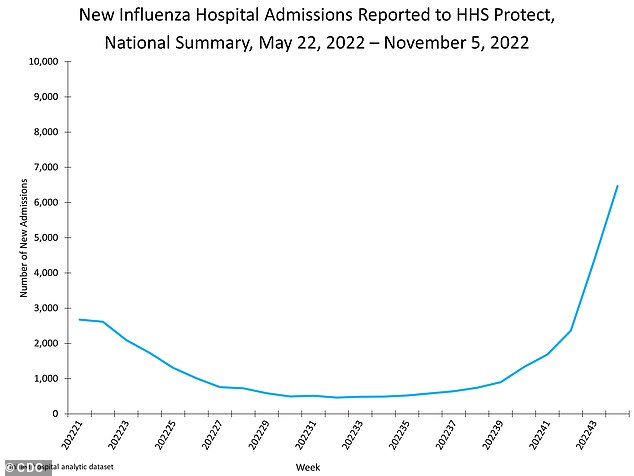 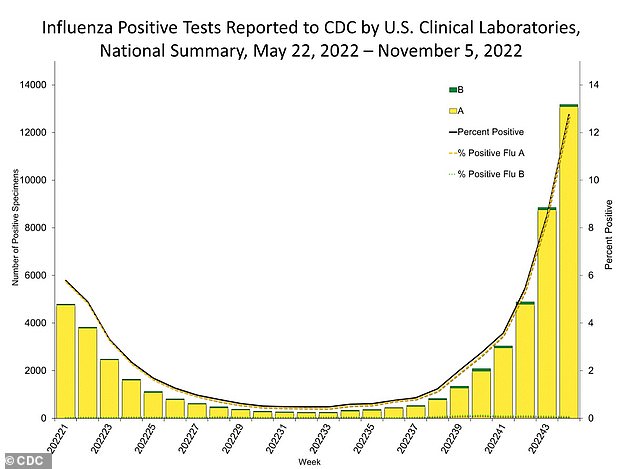 The extension comes amid fears of a resurgence of cases this winter as people spend more time indoors. In fact, some experts fear a “triple disease” of COVID, the flu, and respiratory syncytial virus, or RSV

Biden’s Department of Health and Human Services last month extended the order through Jan. 11, telling states they would be given 60 days before the public health emergency is lifted.

A busy flu season is not unexpected. The nation has endured two mild seasons during the COVID-19 pandemic, and experts have feared the flu could come back strong as a COVID-weary public has moved away from masks and other measures curbing the spread of respiratory viruses.

Much of the United States is seeing a quick start to flu season. Earlier this month, the Centers for Disease Control and Prevention said it was reporting more cases of the flu than would normally be expected at this point.

There could be good news: COVID-19 cases have been declining and leveling off for the past few weeks. 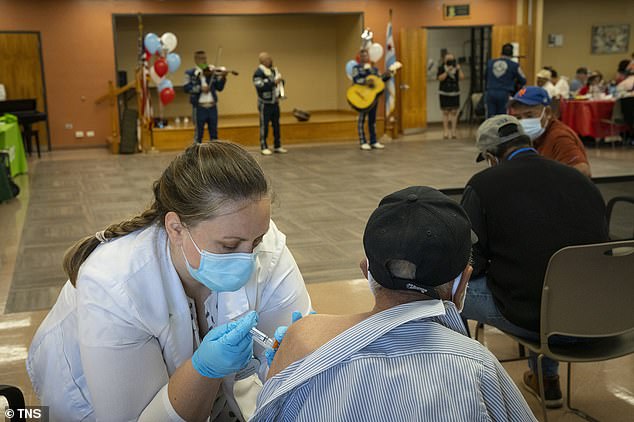 And in some parts of the country, health officials believe they may be seeing early signs that a wave of another respiratory virus is beginning to subside. RSV, or respiratory syncytial virus, is a common cause in children of cold symptoms such as a runny nose, cough, and fever.

While RSV continues to increase nationwide, preliminary data points to a decline in the Southeast, Southwest and an area encompassing the Rocky Mountain states and the Dakotas, CDC officials said.

Experts believe RSV infections have increased recently because children are now more vulnerable and no longer protected from common bugs as they were during the pandemic lockdowns. Also, the virus, which normally affects children between the ages of 1 and 2, is now making more children sick by the age of 5.

Beds have been full at the University of Chicago’s Comer Children’s Hospital for 54 straight days.

“The curves for RSV and influenza are all going up,” said Dr. John Cunningham, chief medical officer of Comer.

RSV disease appears to be unusually severe, he added.

Comer had to turn down transfer requests from other hospitals because there was no space. Chicago-area hospitals were able to move children to Missouri, Iowa, and Wisconsin, but that was stopped. “They’re out of beds, too,” Cunningham said.

There is no vaccine for RSV yet, but there are vaccines for flu and COVID-19. Health officials say flu shots have fallen in both children and adults compared to before the pandemic, although they have risen in children over the past year.