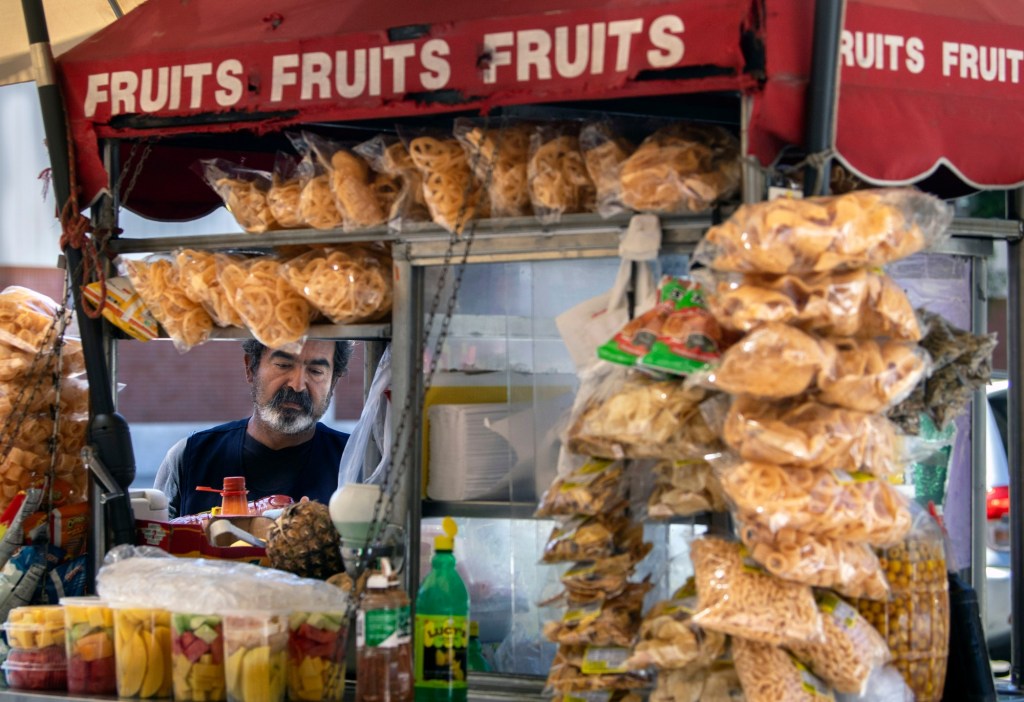 After Alicia Villanueva immigrated to California from Mexico, she made tamales at night in her home after working multiple jobs during the day. With a baby on her back, she sold them door-to-door to her neighbors every morning before work, visiting body shops and job sites across Berkeley.

In 2010, after nine years selling tamales, Villanueva landed a spot at a kitchen incubator and secured financial support from a community development fund. She started out selling tamales from a food truck in San Francisco and her business prospered. Today, Alicia’s Tamales Los Mayas has a factory in Hayward employing dozens of people, and Villanueva’s Tamales are sold at Whole Foods and other major retailers.

She was also able to put her children through college.

This year, California invested in the Golden State’s smallest and most overlooked entrepreneurs — specifically, the street vendors who operate hot dog carts and the operators of home kitchens who sell delicious treats at farmers’ markets or from their homes.

These are the smallest small businesses and deserve legislators’ attention for their potential to put motivated, hard-working and talented people on the path to business ownership and economic stability. Street vending and home cooking are common ways for immigrants, women and people of color to start their own businesses and support their families.

In many cases, they serve as a launch pad for larger companies. In San Francisco, the popular Mission District restaurants, Reem’s and El Buen Comer, both came from women who built their businesses and followings at local farmers’ markets.

To capitalize on that promise, the barriers to this type of entrepreneurship had to be lowered. The regulatory system was often expensive and complicated for street vendors to obtain the necessary permits, leaving them vulnerable to fines or arrests. Street vendors, home cooks and other so-called micro-enterprises are often left behind when governments provide business support, mainly because of administrative and other obstacles.

Immigration status, English-only instructions, and the need for formal business documents can discourage vendors from applying.

The law also allows food stamps at farmers’ markets, which are a major gathering place for street vendors. In addition, the law provides $8 million in grants for nonprofit organizations that provide outreach, education, training and business support to home kitchen operators.

In the right circumstances, these humble beginnings create meaningful economic opportunities for those who face systemic barriers to entering the mainstream economy, particularly women, immigrants, people of color and other disadvantaged groups. In Los Angeles alone, approximately 12,500 street vendors generate millions in revenue each year. Of the 50,000 street vendors throughout LA County, approximately 80% are women, and the majority are Black, immigrant, senior, or from low-income households.

California has simplified the recipe for economic success for these entrepreneurs and deserves credit for allowing them to cook.