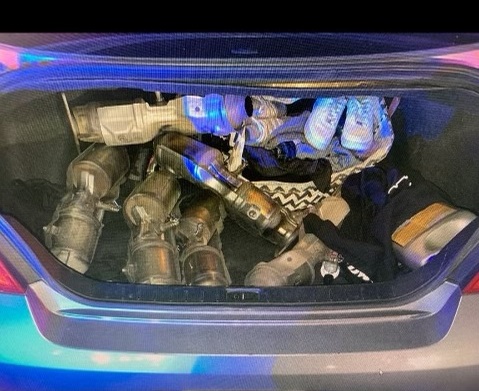 Q: Regarding the new catalytic converter recycling law to prevent catalytic converter theft, what prevents the recycler from simply ignoring the law and continuing to buy stolen catalytic converters without completing the paperwork? … I see nothing in the law preventing this. Am I missing something? There was a similar law before and it didn’t work. …Here is a simplified solution. Attach a motion sensor with an on/off switch to a truck horn under the car to activate it when parked. Everyone in the world will know someone is under your vehicle. This costs less than $100, but a converter costs around $2000. …Can manufacturers take steps to make catalyst removal more difficult? Could dealers optionally offer anti-theft measures (including VIN etching)? Have they already? It seems that taking action earlier in the process might be more effective than leaving it up to each individual. …We need tougher enforcement on these thieves.

A: Yes we do. A national catalyst theft ring that generated hundreds of millions of dollars in revenue was removed in a state probe last month.

Twenty-one defendants were indicted on two counts in the Eastern District of California and the Northern District of Oklahoma, federal officials said.

The operation, coordinated by the Justice Department, is the first national arrest of a catalyst-theft ring. Federal authorities estimate that DG Auto Parts in New Jersey sold more than $545 million worth of precious metal powders that it processed from catalytic converters.

Q: I’m surprised at how low the repair cost ($117) was for the driver who broke the hose off the gas pump. For many vehicles today, that is not even a full tank of fuel. I would have expected a lot more.

Q: The crews that repaved Highway 17 between Interstate 280 and the Lark Avenue exit did a great job with a smooth ride there. But now that winter is upon us, the worst stretch of 17 between Los Gatos and Lexington Dam remains a potholed rumble strip. Is there a restoration planned for this track soon?

A: It’s on the list for repairs, most likely next year.

Find Gary Richards at Facebook.com/mr.roadshow or contact him at [email protected]