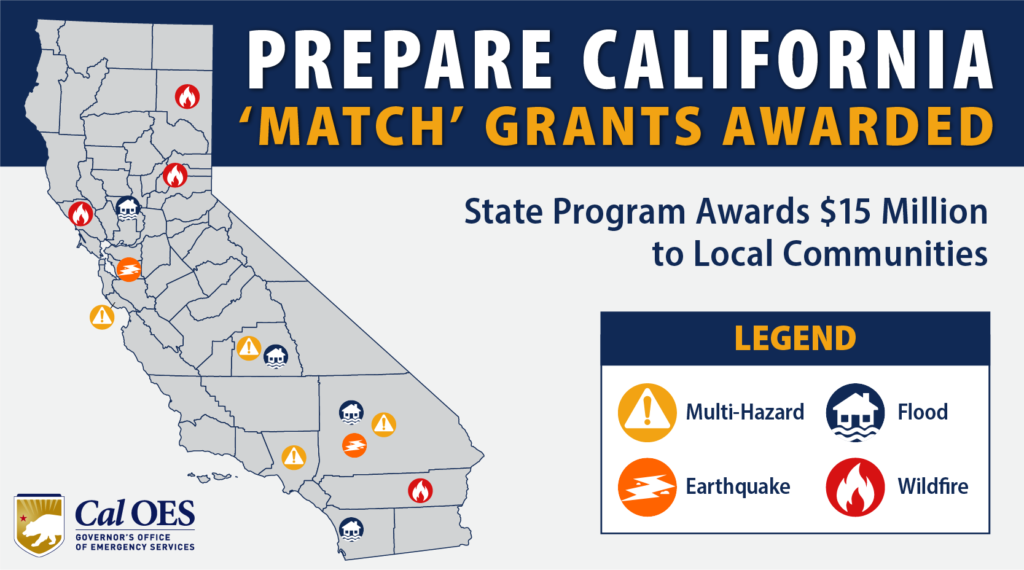 SACRAMENTO — As part of the state’s ongoing effort to increase community resilience in areas of the state that are more prone to natural disasters, the California Governor’s Office of Emergency Services (Cal OES) today announced the first round of Prepare California honorees Match program announced with over $15 million in government funding.

“This innovative, proactive funding opportunity opens the door for the most vulnerable communities to receive federal funds aimed at improving local infrastructure,” said Ryan Buras, associate director of Cal OES Recovery Operations. “These projects will save lives and property at no cost to the community.”

Prepare California “Match” frees up federal funds to meet the required local Match portion (non-state cost portion) of these grants, which aim to support high-risk, vulnerable communities. As part of the “Match” program, the federal government covers 90 percent of the project costs, while the state contributes the remaining 10 percent of the financing.

The recipients of the first round of Prepare California’s Match funding range from cities and counties to tribal governments statewide.