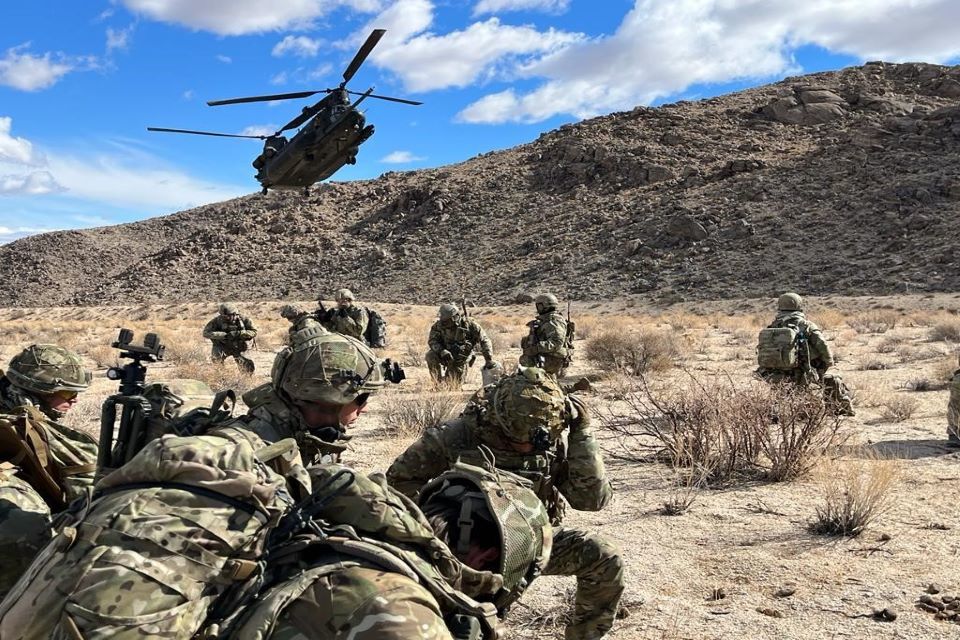 Project Convergence 2022 (PC22) has involved several thousand US, United Kingdom and Australian armed forces personnel, including around 500 British Army personnel. It’s the premiere US Army experimentation exercise and tries to define how that US and international partners, including the United Kingdom and Australia, will fight in a multi-domain battlefield. Convergence is about multinational military benefits from the capabilities of equipment and software combinations.

More than 25 scientists and engineers from the Defense Science and Technology Laboratory (Dstl) were deployed in October and November as part of the project at Fort Irwin, California.

The experiment aims to help make the British Army more effective on the battlefield by reducing time and complications in the sensor-decide-effector chain by testing a range of cutting-edge systems and technologies, some of them for the first time. This was done by explicitly examining the sensor-decider-effector (SDE) chain and by experimenting with discrete aspects of the chain, such as image processing, deception, or the use of remote and autonomous systems.

Science and research are vital in overcoming challenges and seeing where successes and operational advantages can be found for future warfare.

Dstl Scientists collaborated United Kingdom Future Force Directorate of Army Headquarters (FFD) and were instrumental in the development of data collection and analysis (DC&A) plan for PC22. Over several months Dstl has worked with US Colleagues, particularly the Research and Analysis Center, White Sands Missile Range (TRAC WSMR), to develop test and observation methods. Dstl is an integral part of the Joint Interoperable Data Analysis Cell (JIDAC), which reports daily on the progress of the test and creates the final test reports.

This collaboration received 3-star endorsement and alignment. Cooperation at experimental and operational level with the US and other allies is considered essential to the delivery of future warfare capabilities. The battlefield of the future will require seamless interoperability between systems from different nations. Only by experimenting with systems interoperability at scale can capability development and military effectiveness be advanced.

More than a one-off event, this is a sustained learning campaign aimed at advancing and integrating our allied forces and ensuring we can quickly and continuously “converge” effects across the battlefield.