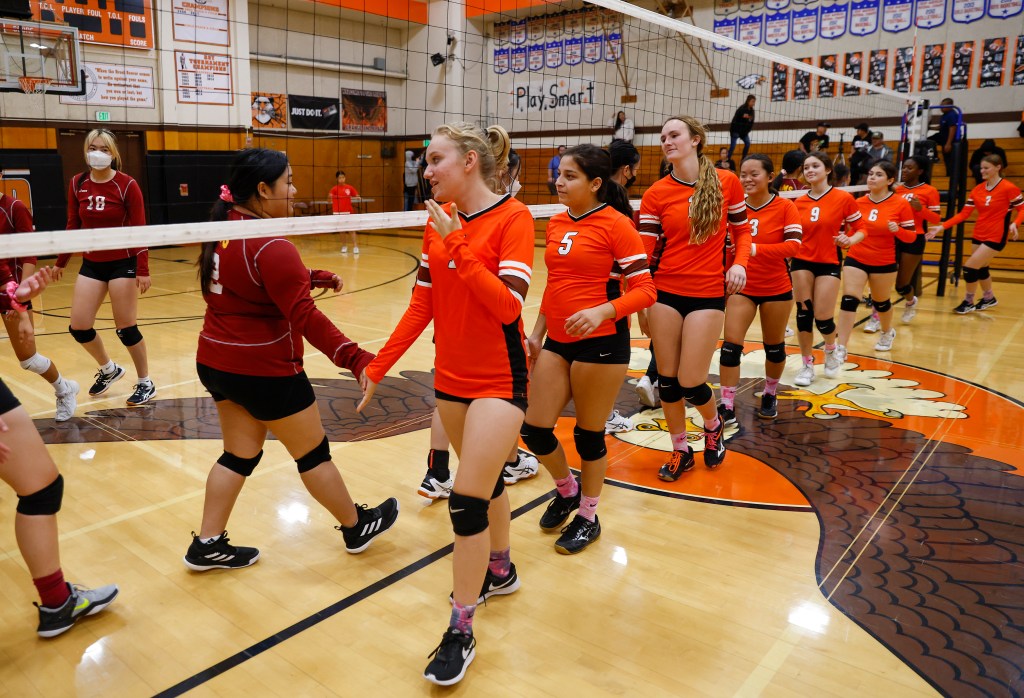 It wasn’t a perfect season on the scoreboard for the California School for the Deaf Fremont girls’ volleyball team, but it was perfect in many ways.

The memories players made during a 16-game season this fall will not soon be forgotten.

They hugged, smiled and cheered for each other while communicating in American Sign Language (ASL) while their coach and 2016 graduate of the school, Farrah Harmount, led the way.

The team’s roster included Shaelyn Johnson, who does everything. In addition to volleyball, she plays basketball and softball, cheerleads, and has been named Homecoming Queen.

CSD opened in San Francisco in 1860, moved to Berkeley nine years later, and has been in its current location—a 200-acre campus in Fremont—since 1980.

The volleyball team finished this season 4-12 overall and 3-7 in its league.